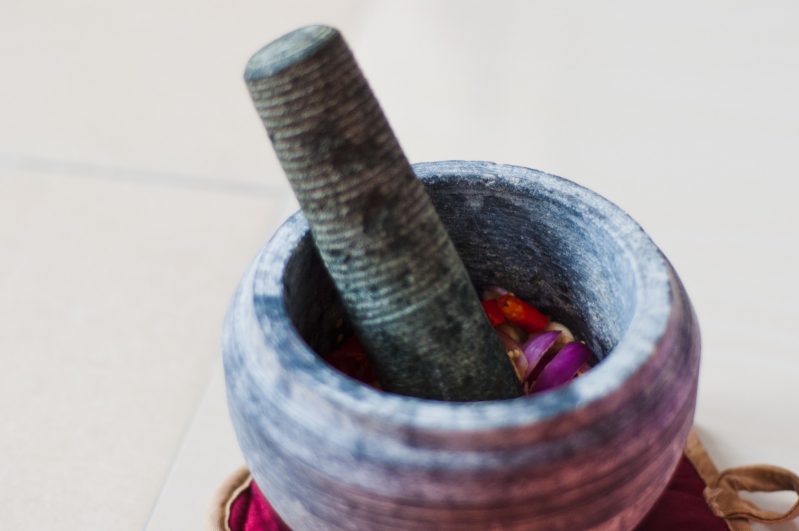 Throughout the centuries, we have always found the need to grind foods and medicines into fine pastes and powders for preparation; and since ancient times, the mortar and pestle has been crushing it!

Here’s how it works. The mortar is a bowl which is typically made of hardwood, marble, pottery or stone. The pestle is the bat shaped implement used to grind substances against the mortar. The basic idea is to place the substance you want to crush inside the bowl/mortar, rest the pestle on top and apply downward pressure. Then a circular motion is used to compress the substance against the bowl.