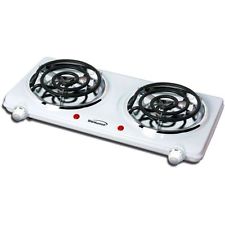 Now we’re cookin’ with gas! But should we be, or is electric better? Let’s take a look at the pros and cons of gas and electric stoves…

As far as cost, both are about the same price to purchase. Gas can be more energy efficient, saving money in the long-run, but if your home isn’t set up for natural gas, it can be expensive to convert to gas and run a gas pipe into the kitchen.

Also, some folks are afraid that gas stoves may not be safe. Research indicates that they typically are, but if a burner does not come on immediately, gas IS being released into the air.

The good news about gas stoves is that they provide more control, are more energy efficient and are easier to use. They are instantly as hot as you want as soon as you want – not like with electric that takes a bit to heat up and cool off. It takes three times more energy to produce and deliver electric to your stove as with electric. It cooks food more evenly because there is a constant flame that spreads along the bottom and sides of the pan. Electric stoves are also inoperable during power outages.

Hmmmm. The bottom line is that most people who love to cook prefer gas, and most people whose homes are not set up for a gas stove, opt for electric.

Let’s leave you with a cooking tip no matter which team you are on: Use the right size pot for your burner. A small pot on a large burner can waste up to 40% of your burner’s heat!